I wish OnlyFans had existed back when I had nesting partners actively interested in doing virtual sex work. It feels like a model that would have worked really well for what they wanted to do and I would have had so much fun helping them behind the scenes. 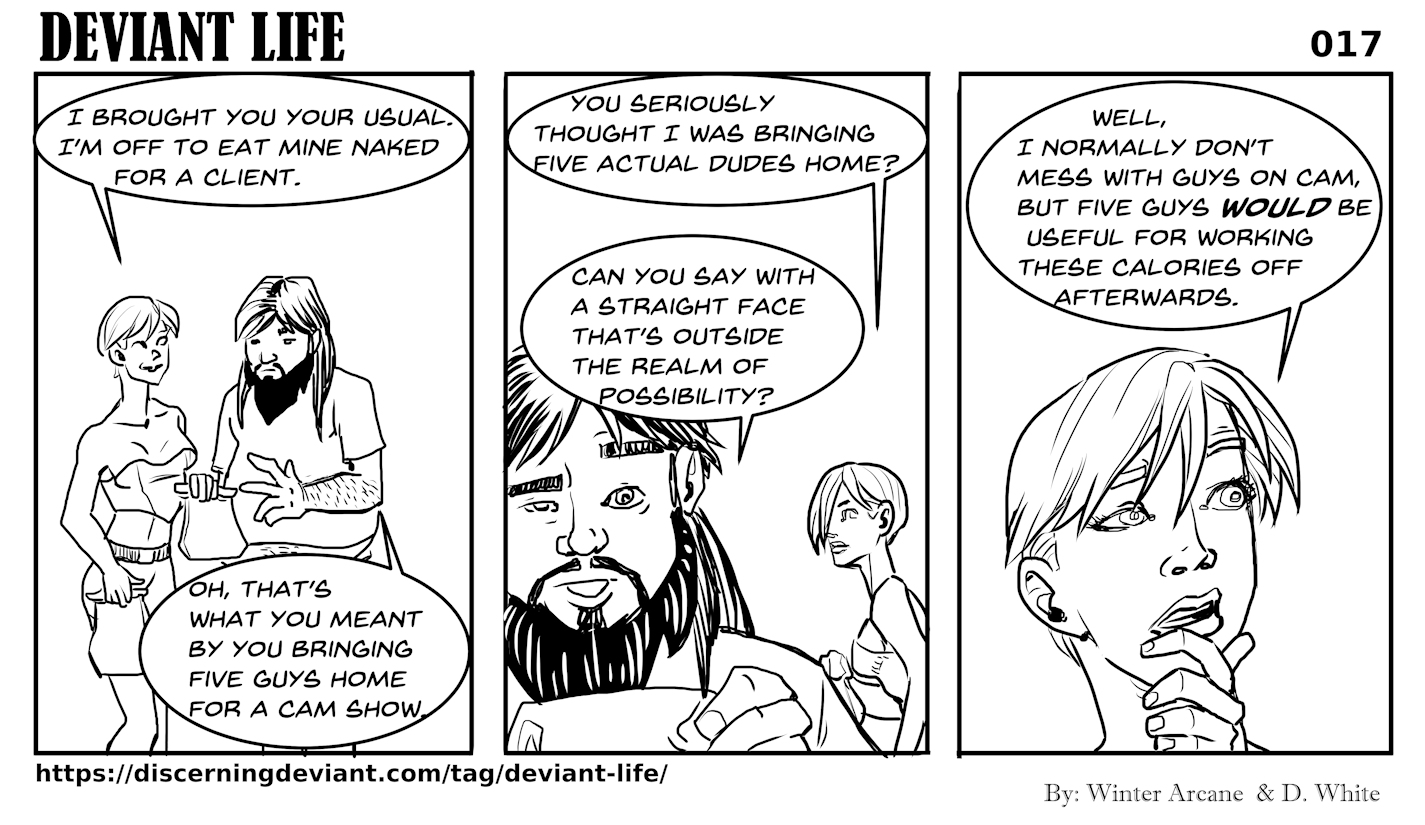 I eat a lot of Five Guys burgers for lunch since it’s the nearest fast food joint to my day job, so it was inevitable that I make a joke about it. Also, when I was a pornographer’s assistant I will never forget that one of the videos the guy I work for made involved a naked woman eating a bunch of cheeseburgers. Definitely not my thing, but clearly if there was a demand for that it’s not far fetched to believe someone would pay Audrey to eat Five Guys on cam for them.

Speaking of camming, I want to remind folks that if they’re in the NYC area they should come by the Museum of Sex to Support Their Local Sex Worker this coming Monday. I plan to be there.