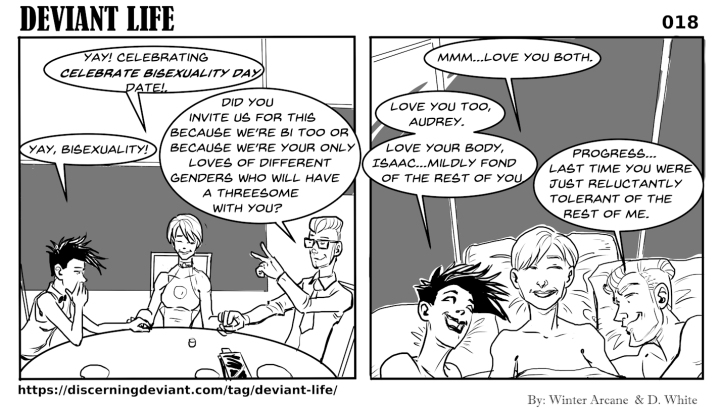 The dark haired woman, by the way, is Joy. I don’t think I mentioned her name in her first appearance. To clear up some confusion people had about her, she’s a cis-woman who frequently dresses in traditionally male clothes.

Fun fact, though, Bernard’s brother Sam is trans. The first strip I wrote with him would have made that clear, but it was scrapped because it was more sad and potentially triggering than funny, being about how awful their extremely conservative parents are and why Bernard will be joining his brother in not having anything to do with them.

As usual, I want to signal boost the next Stigma Unbound event, Stigma Unbound: Lust for Life. I’m not affiliated with them, but I can almost always be found at them.