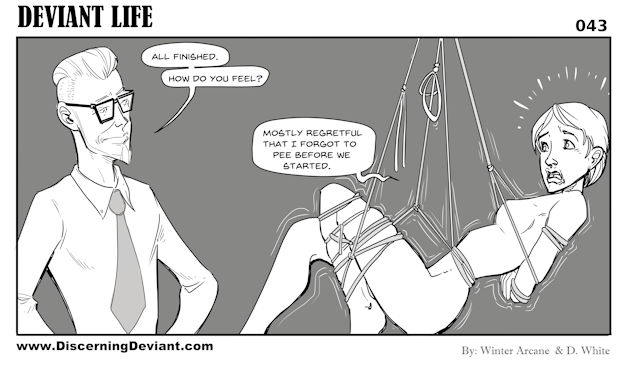 For those who care what’s going on with me, due to health problems I have left New York and returned to my birth state of Georgia to be closer to my family and support network. I’ve been staying with family in Gaineville (GA, not FL) while getting some extensive dental work done (an average of two dentist visits a week…so much fun) and trying to work out where I’m going to work and living in Atlanta.

My health has drastically improved since leaving New York. I’m in nowhere near the levels of chronic pain I was in before. Where I was spending most of my time between 8-10 on the ten scale in 2019, I’ve been staying mostly in the 2-4 range lately which is certainly much more livable.

Because I have no income right now, and I pay D. White to draw the Deviant Life strips, I’m only able to get back to posting strips again because of my wonderful Patreon supporters. So, much love to them for letting me continue to indulge in one of the few things that brings me joy through these dark times.