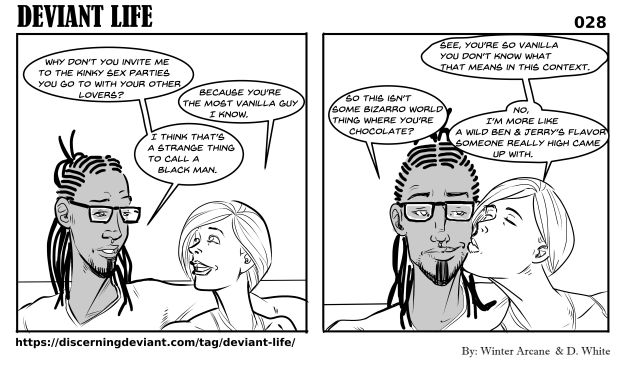 The last time Dace appeared, he was being an ass to Audrey and a lot of people suggested she should dump him. I definitely understand why people would feel that way and they’re not necessarily wrong. Of Audrey’s five partners, her relationship with him is the most strained by far.  They do love each other though, and one of the lovely things about polyamory is being able to maintain a loving connection even when you’re not a great fit for each other. Their relationship thrives off their respect for each others boundaries and the parameters those boundaries create for their relationship.  They are outsiders to each other’s core lives, but they have a small but (usually) happy place in the middle that they create together.